Accident Benefits Claims: Should texting cyclists be treated the same as a distracted drivers? 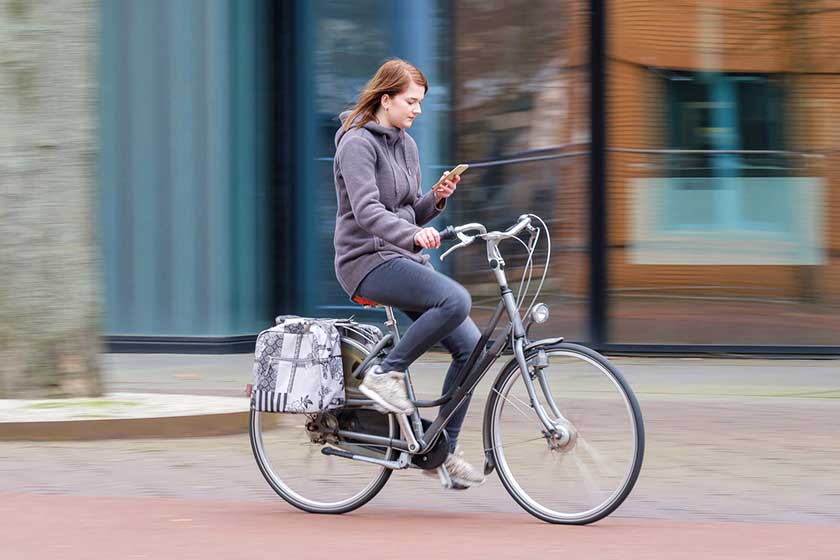 When riding a bicycle, you should be on the lookout for other pedestrians, cyclists and other drivers to ensure that you safely arrive at your destination. If there is one distraction cyclists don’t need, is riding their bicycle while texting or checking their phone.

Recently, an Ottawa police sergeant sent a letter to Queen’s Park requesting an amendment to legislation for distracted driving to include “all vehicles” rather than only applying to cars.

“Our hands are presently tied with cell phone infractions being committed on Bicycles and Backhoes etc using our roadways. There have been countless complaints to the Police via social media about the use of phones with these methods of transportation”. Gatien wrote.

If Gatien’s suggested proposal is adopted, cyclists could be fined up to $1,000 for an infraction.

While Toronto Police told Metro News that they support changes that will make roads safer, there are Toronto bylaws that let police fine cyclists $85 for biking without due care and attention.

This hasn’t been the first time this issue has been raised. In November 2014, a New York City councillor sponsored legislation that would make texting and talking on a cellphone illegal while riding a bike, according to NY Daily News. Under the proposed legislation, cyclists spotted violating the rules would be fined $50 for their first violation and $200 thereafter. First-time offenders who haven’t hurt anyone or caused damage to property may avoid paying the fine by attending bike safety classes.

California is debating a state wide ban on texting and biking, while it’s already been banned in Chicago and Flagstaff, Arizona.

This suggestion came amid Queen’s Park debate on Bill 31, the Making Ontario’s Roads Safer Act, which was reintroduced after the June election. The bill aims to establish higher distracted driving fines and demerit point penalties for distracted driving violations.

Currently, distracted drivers can be fined $280.

Motor vehicle accidents happen and accident benefits are available to anyone involved in a motor vehicle accident regardless of who caused the accident. The personal injury and accident lawyers at Neinstein Personal Injury Lawyers have been dealing with all accident related issues throughout Ontario for over 45 years. We know how to get you the compensation that you deserve and get your life back in order after being in a car accident. Call us at 416-920-4242, set up a free consultation, and come speak with us.