Blogs: OTLA report finds that Ontarians pay too much for auto insurance 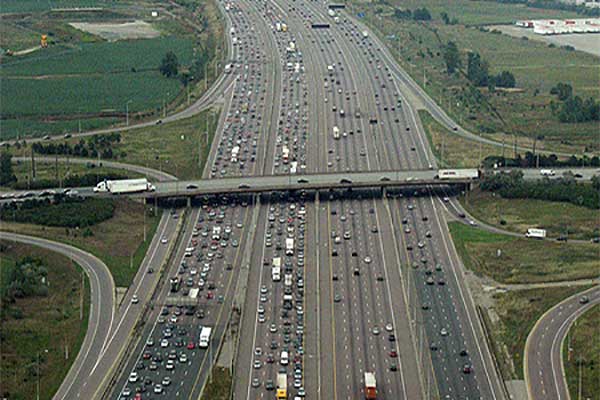 An updated report suggests that insurance companies have overcharged Ontario motorists for auto insurance by billions of dollars since 2011. For every Ontario car accident lawyer, the report is a sad reminder of the difficulties facing the province's injury victims. The report was commissioned by the Ontario Trial Lawyers Association (OTLA) and authored by Fred Lazar, an economics professor at York University's Schulich School of Business. He estimates that between 2011 and 2016, insurers' profits rose 60 per cent. "Given the levels of excessive profitability, consumers almost certainly have paid too much for their insurance coverage," the report reads. "I estimate that in the last five years alone, overpayments may have totaled $5 billion," Lazar added in an OTLA release. "This represents 9.5 per cent of total premiums paid during the same amount of time." It also represents annual overpayments of about $143 for each insurance policy in Ontario. Claire Wilkinson, OTLA's President, called the results of the report "just another example of how Ontario's auto insurance system is in need of a complete rethink," in the release. "It underscores the extent to which our system is completely dysfunctional," she added. OTLA is calling for the insurance industry to be more transparent when reporting profits, a suggestion that any Ontario car accident lawyer would support. "By increasing transparency and reporting the government and consumers would have a better understanding of just how much profit is currently enjoyed by auto insurance companies in Ontario," said President-Elect Rob Bohm. "These are the first steps in restoring balance to ensure justice for accident victims and fairness for drivers." The political response to the report has also been emphatic. During question period at Queen's Park, NDP MPP Wayne Gates asked: "why did the premier deliver a 60 per cent increase in the profits to insurance companies, instead of delivering 15 per cent in savings for Ontario families?" Finance Minister Charles Sousa acknowledged the "alarming costs" Ontarians faced in relation to auto insurance, and pledged to "increase consumer protection, combat fraud and ensure those injured in an accident get the care they need when they need it," CTV News reports. However, members of the insurance industry refuted the report's findings. "OTLA falsely claims insurers are making excessive profits. Let me be clear - this is not true," Steve Kee, a spokesperson of the Insurance Bureau of Canada, told Canadian Underwriter. "GISA [the General Insurance Statistical Agency], the Financial Services Commission of Ontario (FSCO), and the government's independent auto insurance expert David Marshall have all reviewed insurer operations and agree that profits are not significant." One thing all stakeholders can agree upon is the need for change within Ontario's auto insurance system. Ontario's motorists pay some of Canada's highest premiums despite nation-leading motor vehicle collision rates, and government initiatives to improve the situation have reduced benefits without reducing costs. If you or a member of your family have been injured in an automotive collision, contact Neinstein Personal Injury Lawyers today to speak with an experienced Ontario car accident lawyer. Our team can start you on your path to recovery.   Image credit: Clashmaker/Wikimedia Commons