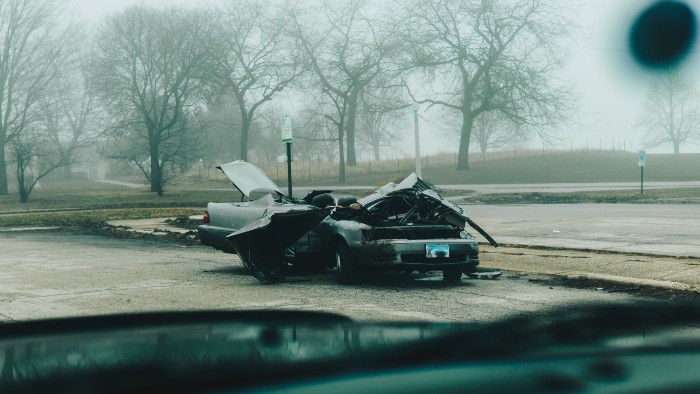 Last month, CBC News Windsor reported on the case of Krystal Mann, a 36-year-old car crash victim who has been facing the fallout of her accident – without compensation – since 2014. Her case is a perfect illustration of the pain and suffering caused by significant trial delays. It also shows how the COVID-19 pandemic has exacerbated that suffering for many, and why some personal injury lawyers are calling for jury trials to be abolished for some civil actions.

The Accident and the Fallout

Mann was injured when a vehicle driven by her friend was ‘t-boned’ by another vehicle in 2014. Her injuries included a pelvic bone fracture that caused ‘unbearable pain’ in the three years following the crash. A 2017 surgery provided some relief, but Mann continues to live with chronic pain in her lower back and neck. She is unable to work, or even stand or walk for extended periods.

Mann is also facing significant financial hardships. Her insurer provided limited benefits designed to act as a stopgap between the time of the accident and the receipt of compensation via her civil claims. This money has been exhausted. She receives disability benefits through the Canada Pension Plan, but these amount to just one third of her pre-accident income. She pays for ongoing therapies out of pocket and has had to remortgage her home and borrow money from family. She ‘is struggling to put food on the table for her two kids,’ the CBC reported.

Mann has filed civil claims for lost income and the cost of medical treatments against both drivers involved the collision. She is seeking $1 million in damages. While she and her personal injury lawyers believe the true cost of future medical care and lost wages will amount to $3-4 million, any compensation will be warmly welcomed. Unfortunately, her trial isn’t expected to begin until 2023.

“I kind of feel like I’m trapped in purgatory because of something that was completely out of my control,” Mann told the CBC. “I feel like I’ve been forgotten and I’ve been left behind, like what happened to me doesn’t matter, like I no longer possess any type of value.”

A growing number of personal injury plaintiffs are experiencing similar feelings as the pandemic extends well into its second year. Even before COVID-19 took hold in Ontario, the province’s civil justice system was facing massive trial backlogs. The pandemic aggravated the issue, particularly for jury trials. Today, some personal injury lawyers want to see jury trials abolished or suspended for many civil actions.

Mann’s lawyers have requested a judge-alone trial, which might help expedite her access to compensation. However, defendants tend to prefer jury trials, as a member of her legal team explained to the CBC.

“The reason they’re insisting on the jury is because there are a lot of things that me, as the plaintiff lawyer, can’t tell the jury, and so my hands are somewhat tied behind my back,” the lawyer said. “The jury has to decide the case in a vacuum, which often results in the jury awarding less damages at the end of the day and saving the insurance company money.”

At Neinstein, we are familiar with the kinds of struggles that Krystal Mann is facing. During our decades in business, we have represented thousands of seriously injured and vulnerable accident victims. Our goal is to help those clients access the full amount of compensation they deserve in the most efficient manner possible. If you or a member of your family has been injured, contact us today to schedule a free, no-obligation consultation.